Many people ask me about my thesis site and instantly ask what artifacts were found. Of course these artifacts are important but what we can’t forget is what context those artifacts were found in. The context of these artifacts was a store in Apalachicola which burned down in 1844. Why is this store important? Because at the time Apalachicola was the third largest port in Florida and supplied much of the Southern interior of the United States. What else can this store tell us? We can see what the exports and imports were in 1844. We can see the social classes in Apalachicola. What people bought- food items, medicines, alcohol, perfume and cosmetics, domestic hardware, etc.

My research focuses on all these questions while also researching the man who owned the store, Benjamin S. Hawley. Hawley was a prominent Apalachicola merchant with an extensive wholesale and retail dealer in drugs, paints, oils, and other items. His gravestone and the 1850 census indicates he was born on Jan 10th, 1815 in Connecticut. At some point he married Elizabeth R. Hawley, who was six years younger than him and born in Georgia. They had one daughter, Clara who was born in 1844. He owned nine slaves (three males- ages 80, 35, and 4 and five females- ages 45, 22, 18, 14, 8 and 2).

Looking at various advertisements in the Apalachicola newspapers at the time, we know the following…

In March 1836 until at least May 1836, Hawley and Ellis (a business partner) advertised as cotton brokers with no address.

In May 1839, Nelson Hawley & Co. advertised in the Apalachicola Currier as a wholesale grocer at 24 Water Street. He had both multiple locations at any one time and moved those locations for various reasons from time to time. It seems likely that Hawley took over the Nelson Hawley & Co. business sometime in 1839 or 1840. The exact time is uncertain due to unavailable newspaper documents.

In 1843 to 1844 ads placed by Hawley for 24 Water Street were far more extensive and detailed than any other merchant.  The items listed in these ads appear to be a wholesale and retail operation for supply of physicians, merchants at wholesale and planters at retail. In 1843, Hawley advertised in two locations: 24 and 27 Water Street (possibly in the process of moving locations).

On April 13th 1844, the Commercial Advertiser republished an article from the previous Tuesday that reported a fire broke out in Hawley’s store at 24 Water Street and destroyed a section of the marketplace the night of April 8th. The article states that the origin of the fire is unknown (probably lightening) and due to the rapid response time of citizens and the Fire Company, the fire was extinguished in record time with the fire only making it to 33 Water Street. Worried about the nearby packed warehouses, citizens started rolling bales of cotton out into the road and wharves. Due to these actions, only one bale of cotton was lost after falling off the wharf into the bay.

After the Fire of 1844, Hawley collected the insurance money and moved down the road to 44 Water Street near the corner of Chestnut Street.

Between this time and Hawley’s death is a little blurry. According to Hawley’s headstone he died Feb. 18th, 1853 due to unknown causes. He is now buried in the Old City Cemetery along Chestnut Street. 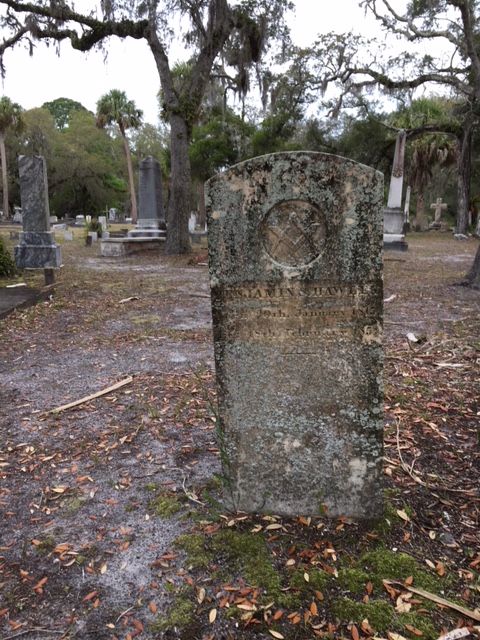 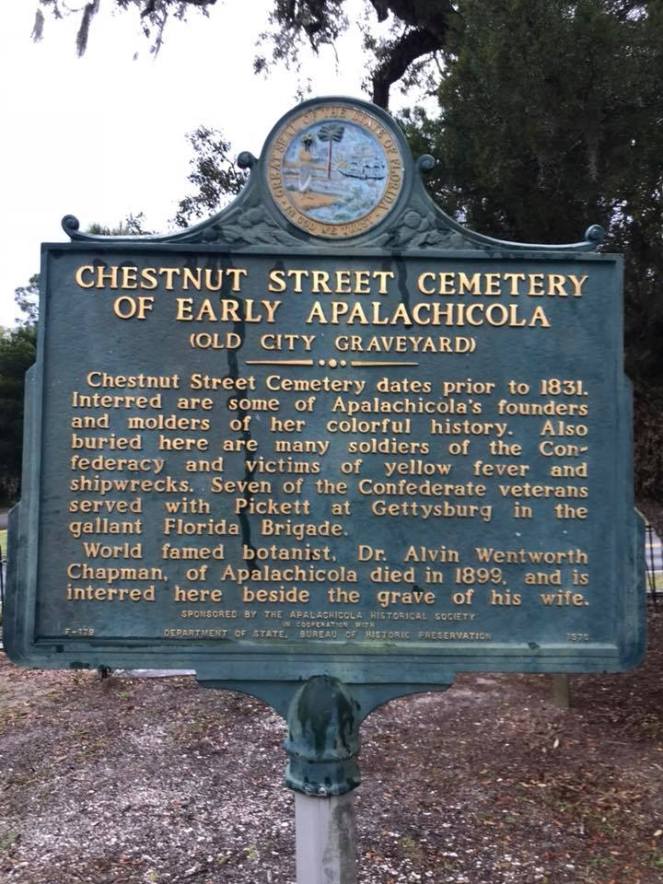 Check out the Instagram attached to this blog! @findingapalachicola